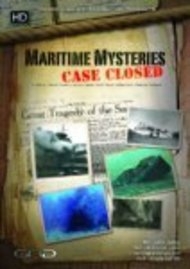 On the night of 15-16 May 1932, the prince of French journalists¾still considered as the founding father of the “special correspondent”¾dies in the fire on the Georges Philippar. The great white liner, flagship of the Sea Mail service, was on the return leg of its inaugural voyage between Marseilles and Yokohama: the imperial route! Albert Londres, righter of wrongs before the eternal, to whom we owe most notably the closure of the hard labour prison of Cayenne, boarded several days earlier in Shanghai. He had just spent three months in China, during the Sino-Japanese conflict. While he takes the opportunity afforded by the voyage to write a new exposure piece¾whose subject was unknown¾a fire breaks out at the entrance to the Gulf of Aden. Albert Londres will not survive. A terrorist attack? Sabotage? Or just another news story? Did the inquiry carried out at the time reveal the whole truth?

When France declared war on Germany on September 3 1939, the Normandie had just docked in New York. Moored at pier 88, this majestic trans-Atlantic liner, flagship of the French luxury fleet, will remain safe from the conflict. Her fate takes a dramatic turn, however, in the winter of 1942. America has just entered the war and Roosevelt decides to requisition the Normandie to ferry troops to the European front. During preparation work a fire breaks out on board, causing the loss of the ship. On February 10 1942 the Normandie ends her career at the bottom of the Hudson River. Accident? Or sabotage? The docks of New York are the backdrop to this incredible maritime story. An intriguing investigation where we encounter the American naval secret services, saboteurs from the “Cagoule” (a right wing extremist organisation) and finally the New York Mafia and its infamous godfather, Lucky Luciano. In the end, the Normandie will have sailed a mere four years. Long enough to enter into legend.