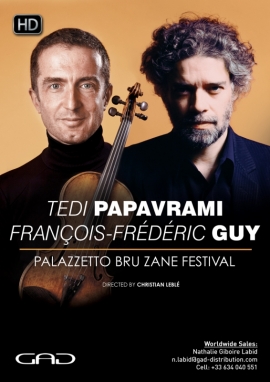 For the third edition of its Paris festival, the Palazzetto Bru Zane invites violinist Tedi Papavrami, Albanian solo and chamber orchestra performer, and pianist François-Frédéric Guy, one of the finest representatives of the French piano school and a passionate admirer of chamber music. They celebrate the French musical life of the Empire through the music of pianists Hélène de Montgeroult and Daniel Steibelt and the violinist Rodolphe Kreutzer, teachers at the Conservatoire: during the Revolution for Montgeroult and under the Empire for Kreutzer. This period corresponds to the apprenticeship years of the young Louis-Ferdinand Hérold, who followed, in particular, the teaching of Kreutzer, whose fame earned him the honor of being dedicatee of Beethoven’s Sonata for violin and piano no 9 in A major known as the “Kreutzer sonata”. The Théâtre des Bouffes du Nord, built in 1876, is now regular host to new creations and performances as part of its annual spring renewal.