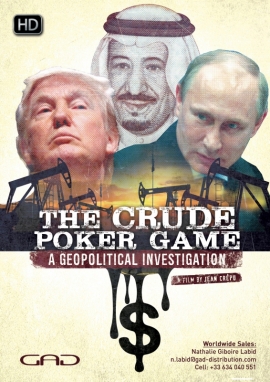 A film that is essential to understanding the current upheaval in the world oil market as a result of the coronavirus epidemic.

This shock downturn in oil could be just one more manifestation in the story of oil prices, but it reveals an incredible scenario.

By becoming the planet’s largest producer of the black gold because of their shale oil, the United States overturned the world order in oil that has prevailed since the Second World War.

In a major strategic change, the Americans are no longer dependent on oil from their Saudi allies, who came under suspicion following the September 11 attacks of 2001.

To counter this power grab, Saudi Arabia has engaged in a game of poker. Produce more oil to drive the price of a barrel as low as possible and bring off a triple coup: ruin the American shale oil industry and weaken its worst enemies, Russia and Iran.

A highly risky strategy, but this scenario is full of surprising twists.

A gripping game of poker between states with winners and losers, all watched by those who speculate and set the market: the traders.