The mystery of the Nazca lines 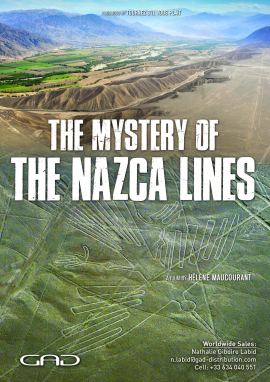 From the first explorations to the most recent discoveries of the archaeologists, we are going to try to lift the veil on the mystery of the Nazca lines.

It is one of the biggest enigmas of modern archaeology. A discovery which gave place to all kinds of theories since one century and which did not reveal all its secrets yet.

In Peru, to 350 km in the south of the capital, Lima, in the valley of Nazca, one can see from the sky of gigantic figures representing stylized animals, a hummingbird, a monkey, a spider, a whale, as well as spirals and lines of several kilometers long. These figures were nicknamed the "lines of Nazca". And all have not been discovered yet.

Who drew these lines? How and why? What represent these drawings and what is their meaning?