The dark side of green energies 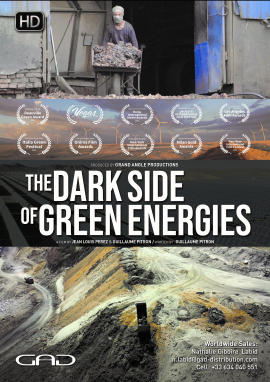 Are electric cars, solar panels, wind turbines conserving earth's resources and putting an end to pollution? Quite the contrary; these technologies rely on rare minerals and add pressure on their resources. Mining for them releases radioactive substances & refining them needs thousands of gallons of water. Global leaders are aware of this. Why are they withholding the whole truth about green tech?

We are proud to announce “The dark side of green energies” got: