THE YIN & THE YANG of TAIWAN 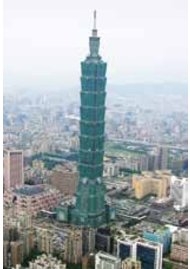 Taiwan lies between the China Sea and the Pacific to the east of the Strait of Formosa. A secret island, with many, paradoxical facets. From Taipei, its capital and largest city in Taiwan, we fly towards the Strait of Formosa. 180 kilometres of sea and wind separate the People’s Republic of China from the island of Taiwan. In the middle of the Strait lies an archipelago: the Penghu Islands, more commonly known in Europe as the Pescadores Islands, a reminder that these islands were conquered by the armed vessels of the Spanish and Portuguese. For ages, these islands have been the stakes in violent territorial disputes. Pacified, the Pescadores are opening up to the world. Within this new context, the Pescadores are not without some trump cards: in this part of Asia, coasts as wild as these, are a rarity. Over there, on the main island, Taipei, the sprawling city, and the huge huge buzzing ports along the coasts. Here, the Pescadores, the desert islands. Obviously, from the air, the contrast is striking: it’s the Yin and the Yang of Taiwan.