Canoe in the snow 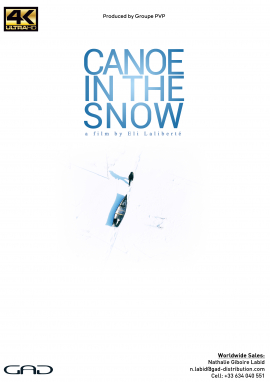 Living on the fringe of mainstream society, a million miles from the “eat, sleep, work, repeat” of modern times, one man ventures deep into the northern forest each winter to answer the call of the outdoors. For a decade, Clément has followed the same ritual: travelling to the middle of nowhere on the hunt for peace, quiet and beauty. From his camp, he spends the winter hunting, trapping and living as one with the nature surrounding him. This documentary film follows in the footsteps of this modern-day coureur de bois as he attempts to distance himself from the extremes of our society and reconnect with the essential. It’s journey to the very depths of what it means to be human in the wildest, most authentic environment conceivable.

We are proud to announce “Canoe in the snow” got: