The secrets of Mount Olympus 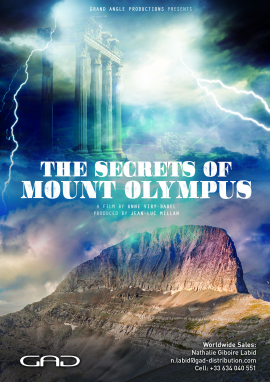 Once, the residence of the gods in Greek mythology, Mount Olympus was celebrated by ancient peoples for its supernatural phenomena.Today, scientists are going to seek rational explanations of events which gave birth to myths, thanks to an exploration of the highest part of the mountain, towering 2917 meters above the Aegean Sea.

At the top of this mountain, hidden from mortals by the clouds, the gods and goddesses feasted and contemplated Men.
Thousands of years later, Mount Olympus has lost none of its aura.
On the contrary, it still fascinates just as much!
Expeditions are conducted in search of precious indicators to reconstruct the story of climatic events that have marked the last 10,000 years in this region of the Mediterranean. For the first time, an ice cave, never explored before, will be studied, encapsulating the memory of ancient climates.
This human adventure will enlighten us to the origins of myths, such as Zeus’ lightning bolt: myth or reality?