In the eye of the crocodile 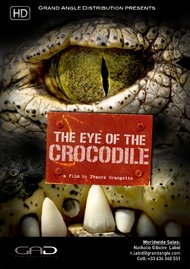 In Madagascar, the tiny village of Ambalavuntaka lives in fear of killer crocodiles. For eight years, one or more creatures have been circling this tiny peninsula, isolated in the middle of the Pangalanes canal in the East of the country and each day they bring terror. In the last few years, five people have been eaten. As the canal is the only source of water, it’s impossible to lead a normal life… washing up, bathing or simply crossing the canal - all these simple, everyday acts have become a bold and risky adventure. They have stopped counting the number of cattle and poultry that have disappeared, victims of these fearsome predators. Too poor to buy a gun, the villagers are unable to defend themselves. But even if they did have a rifle, they would still be helpless against these monsters that have to be approached by water and hit in the eye to be sure to kill them. It’s a skill that only a few accomplished hunters possess. Responding to the call of such a terrible curse on this tiny village lost in the distant bush, a renowned young Madagascan hunter and a French crocodile expert join forces to try to rid this village of the plight the curse has brought upon it.