In the land of the turtles 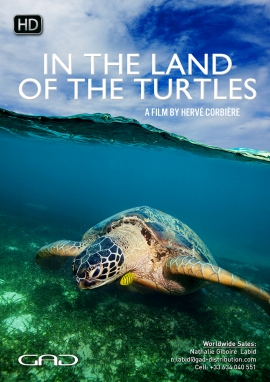 Teva agreed to take us aboard his potimarara¾a fast, powerful boat that can handle any sea and shake off any pursuer. Teva is a fisherman on Bora, but when fish are rare, he won’t hesitate to poach turtles.

Every week some 80 to 100 turtles are killed in Polynesia to end up on the plates of rich Tahitian worthies.

A veritable organised network as André Frémont, deputy procurator, has realised: “I used to believe that it was an occasional hunt during festival periods. But last week we discovered 700 kilos on Bora. It’s not one turtle now and then: it’s a huge and very lucrative hunt.”

Michel Arakino eats turtle meat but doesn’t deal in it. Owner of an atoll in the east of the Tuamotus, he’s an impressive man¾tattooed to his fingertips. Honu¾the turtle¾is “in his genes, his flesh… it’s not an animal for tourists, it is closely linked to the Polynesian nation, to the customs and uses of this people.” For Michel “all the regulations imposed by Paris are hot air.”