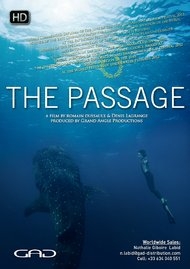 The Yucatan. A tiny corner of the world bathed by the oceans. A land of crystal clear waters and dense jungle linked by hitherto unexplored subterranean networks. The cradle of the Mayan civilisation and the point of impact of the Chicxulub meteorite, which is said to be the cause of the disappearance of the dinosaurs. To explore this land so steeped in history and discover its secrets: one man. The body of an athlete. An intense, hybrid character, with powers of adaptation beyond the norm: Guillaume Nery. Five times world champion for constant weight free diving. Astride the frontier of environments, half-man, half-fish, moving with equal delight over land or under the sea, he is constantly pushing the boundaries of his physical capacity to further his desire for exploration and, in the water, his quest for a unique form of beauty. It is in this surreal environment that Guillaume will attempt a rare performance with the promise of previously unseen images: a free dive into the heart of a legendary cenote.