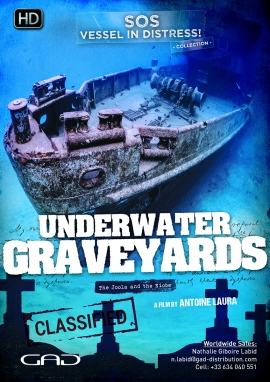 Among all the shipwrecks that have cast the shadow of grief over the oceans throughout history, some have a special character: their victims have remained imprisoned within the bowels of the vessels, transforming their wrecks into veritable underwater graveyards.

On June 11 1940, the Niobe, a ship evacuating the inhabitants of Le Havre fleeing the German army, was hit by four bombs. The ship sank within minutes, taking with her more than 1,000 souls.

62 years later, in September 2002, to the south of Senegal, the ferry, Le Joola, which provided passage between Casamance and Dakar, suddenly capsized off the coast before turning turtle completely. Trapped inside, more than 2,000 passengers met their deaths in the wreck.

A look back at two shipwrecks whose victims still lie at the bottom of the sea, turning these wrecks into eternal underwater graveyards.