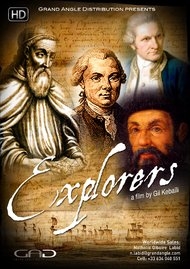 The exploration of the oceans and of new worlds often ends with disappearances, voyages without return. However, some do succeed in getting through, survivors of a hell that is all the more testing because at that time one would suffer from cold, hunger and sickness… mutinies and punishments! And it was such a fury that Magellan and his men were to encounter during their circumnavigation… the first circumnavigation in human history.

The circumnavigation, because of the route taken by Magellan and his fleet, is similar to the courses taken by ocean racing sailors today. And so it is Jean-Yves Bernot, navigator for the new single-handed round-the-world yachtsman, Francis Joyon, and a passionate student of the story of Magellan, who will draw the parallel for us using charts and weather models in support.

This second episode on the great explorers will use the same directorial principles: dramatic sequences with actors, animated charts and 3D animation, in order to allow us to illustrate this next maritime epic adventure.